Performing Music in a Good Mood

As we all know, it can be stressful to live in or around a big city. Musicians working in that environment are subjected to even more pressure than most people. As you’re well aware, there are auditions, live performances, competitions with colleagues for the same job or position, self-promotion, financial instability, scheduling nightmares, maintaining personal relationships while working odd hours and spending time on the road. Then there’s the need to perform at a high level under the scrutiny of teachers, audition panels, section principals, conductors, and personnel managers. 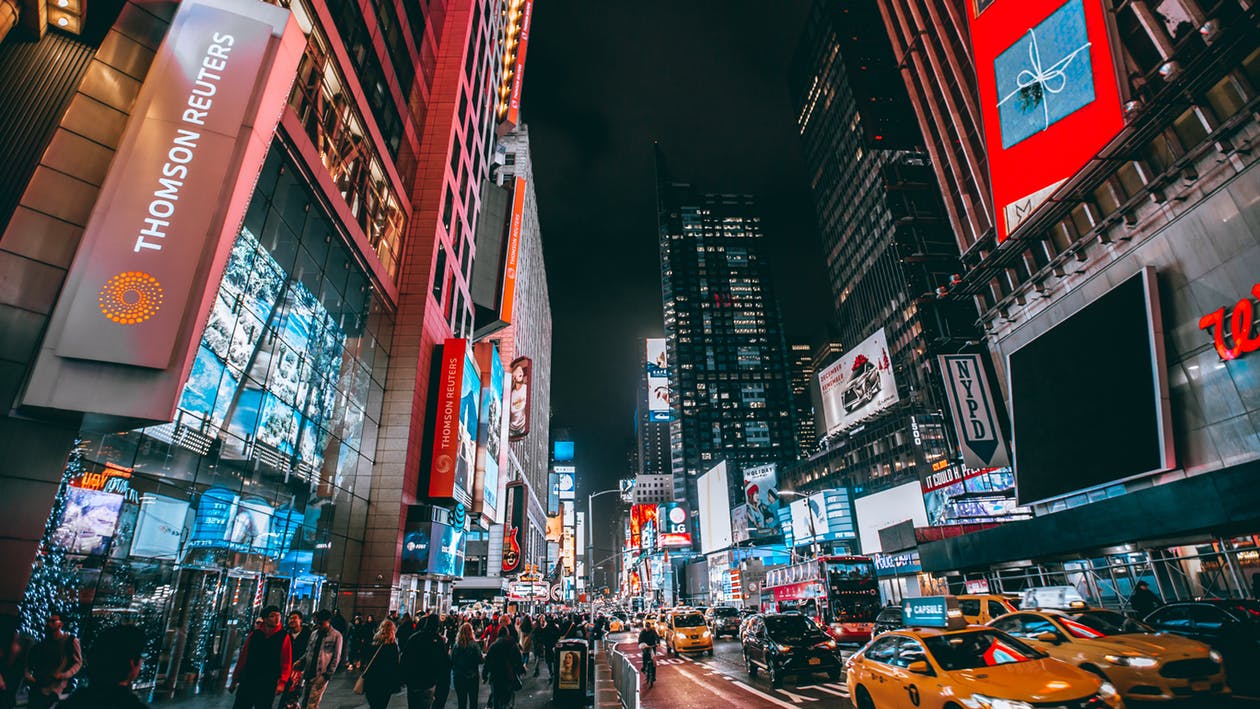 A recent survey of 1,500 independent musicians reported that more than 70% of them had experienced a variety of negative effects which they attributed to their stress as performing artists. These unwelcome effects included general anxiety, performance anxiety, depression, fatigue, and difficulty focusing, as specifically related to their musical careers. The other symptoms of the occupational stress that they cited were negative emotions like frustration, irritability, anger, and constantly feeling overwhelmed.
Besides the normal stress of modern life, musicians face two additional types of stress. Unique to performers are short term, periodic performance stress, and long-term, chronic stress. The first is the immediate reaction to a sudden and stressful situation, known as “the startle”. This is the alarm reaction that accompanies things like surprise calls to perform with little or no notice, or being asked to play a principal role in a concert at the last minute.
Musicians also cope with stressful conditions over an extended period of time. This distress may seem endless for many musicians. There is the stress over one’s finances, career, and reputation. Long-term stressors might include trying to win an audition after several failed attempts, establishing tenure in an orchestra, maintaining a large enough teaching studio, or searching for a full-time teaching position. 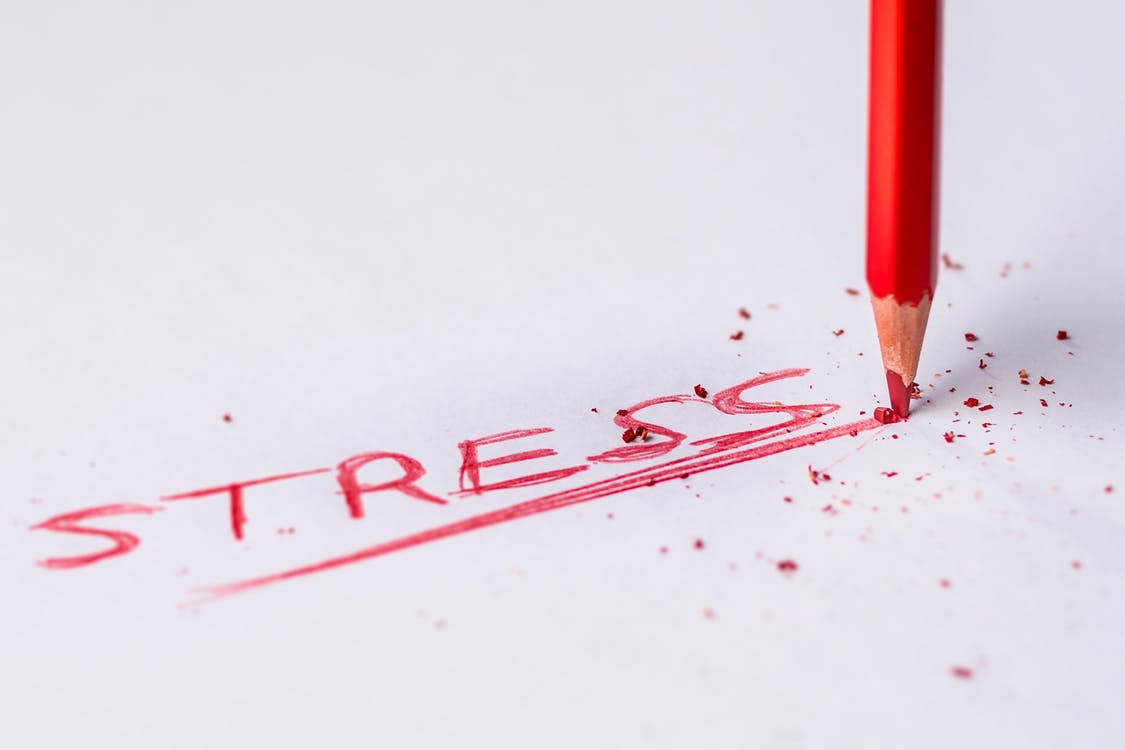 Responses to stress involve three neuro-chemicals moving through your system. While the reactions may be helpful in some hazardous situations in life, they all have serious and unwanted side effects, especially for performing artists. The startle reaction to a threat first releases adrenaline, a hormone secreted by the adrenal glands that increases heart rate, blood pressure, and respiration to deal with a perceived threat or escape from the dangerous situation quickly. Soon, norepinephrine signals the brain to become alert, aroused, and focused on a potential threat.
Stressful conditions over an extended period of time cause the body to produce cortisol, which is a steroid hormone. Cortisol works more slowly than adrenaline and norepinephrine, after the initial shock has worn off. Cortisol stimulates glucose production, which supplies extra energy to the body and brain after the initial threat is over. Cortisol is released in response to the extra stress experienced over the months before important performances. When all three performance-related stress neuro-chemicals are in the nervous system, they can cause a variety of physical, mental, and emotional problems. These include coordination difficulties, insomnia, cognitive deficits, inability to focus, lack of enthusiasm, loss of personal power, increased doubt, worry, depression, irritability, intolerance, and being in a really bad mood. Being in a bad mood will never produce a great performance. I contend that happy musicians sound and perform much better. 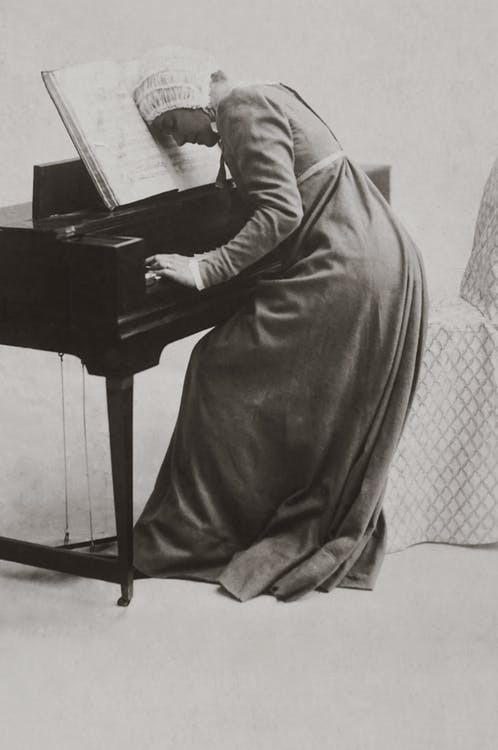 Fortunately, there are four happy substances built into your nervous systems that can counteract or minimize the negative effects of the stress chemicals. These neuro-chemicals are serotonin, dopamine, oxytocin, and endorphins. They regulate emotions, anxiety, pleasure, perception of pain, energy levels, personal perspective, moods, confidence levels, and the sense of competence. They are associated with physical connections, personal bonds, and love.
Serotonin comes from the pleasure/reward center in the brain. The release of serotonin is affected by many things, including one’s surroundings, sunlight, fresh air, walking, sensory pleasure, fun, humor, completing challenging projects, being grateful, and enjoying music. When it is triggered, serotonin provides a sense of satisfaction, competence, and happiness. It simply puts us in a great mood. 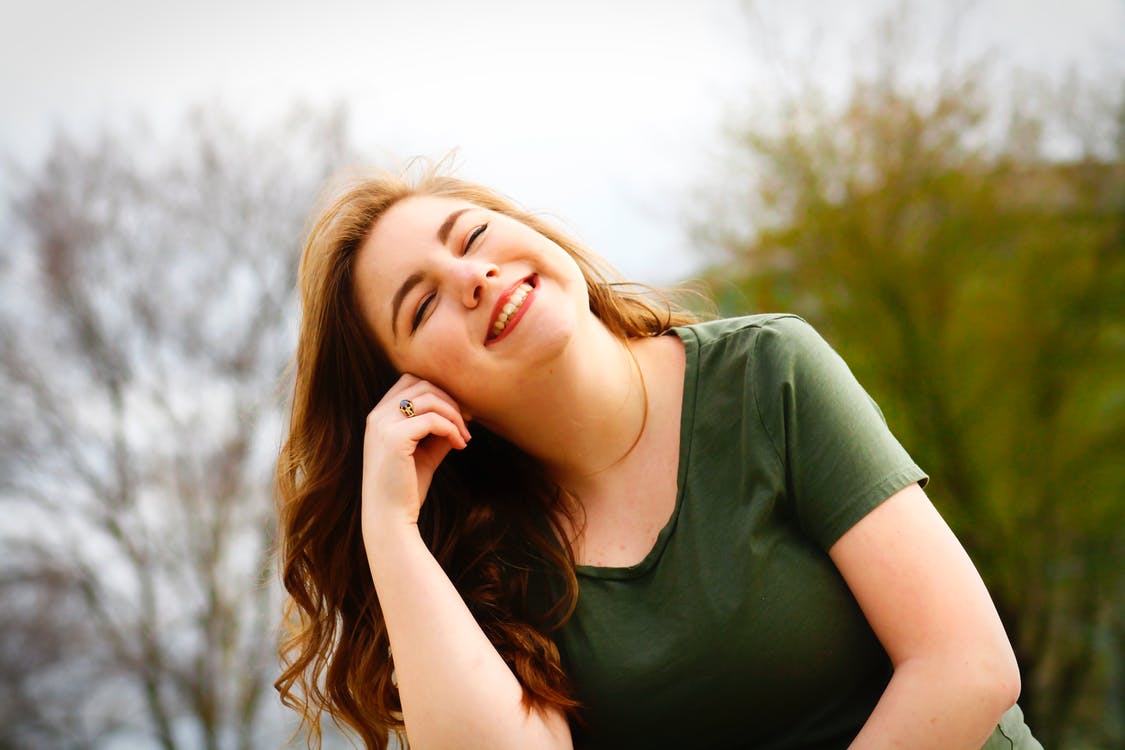 Dopamine is a neurotransmitter in the brain that is released whenever we expect to have a desired experience or receive a reward, praise, or appreciation. It enters into the system with the anticipation of the actual feeling of satisfaction, competence, pleasure, or happiness. It signals that the desired event is on its merry way. Dopamine is also released when we are fully engaged in highly challenging activities that require our total attention.
Oxytocin is a special neuro-chemical that is also known as the “love hormone”. It is secreted into the bloodstream by the pituitary gland, located at the base of the brain, in response to physical contact, affection, petting pets, pleasurable activities, social bonding, close personal connections, and feeling respected and appreciated. All of these put us in a happy mood.
Endorphins cause the “runner’s high” as a response to pain, discomfort, and vigorous, extended aerobic exercise, endorphins are released into the bloodstream. They activate opiate receptors in the brain, causing analgesic effects, as well as minimizing negative emotions and anxiety, as well as fostering positive emotions, resulting in good feelings and a sense of well-being. 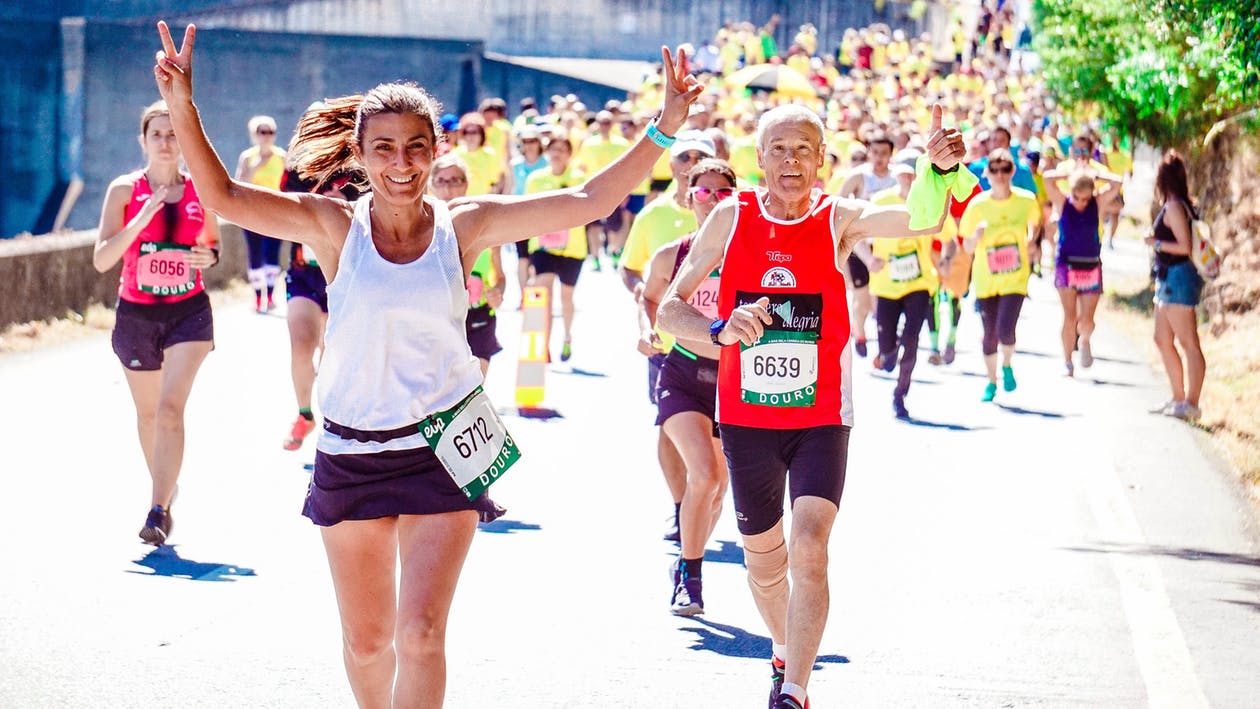 Serotonin, dopamine, oxytocin, and endorphins all counteract or minimize the negative effects of the stress chemicals. In order to control stress, you must first recognize that there is no real risk of physical harm. Although it may hurt your ego, reputation, or sense of pride, especially if you fail, there is no real danger. Keeping yourself from feeling like you’re on high alert will reduce the negative neuro-chemicals in your system.
You can increase the happy neuro-chemicals in your body to counteract the stressors. To increase serotonin levels, you can start by being grateful for all your many musical accomplishments. Complete projects in order to gain a sense of satisfaction and competence. Sunlight, fresh air, and walks around bodies of water will increase this neuro-chemical. So will exercise and rewards like tokens, favorite foods, or desired trinkets for your efforts.
Dopamine levels will increase in your system with increased rest, relaxation, and more quality sleep. After a few weeks, this will cause feelings of happiness and bring a sense of well-being to your body and mind. Dopamine is triggered by the expectation of rewards and by celebrating personal accomplishments.
Oxytocin enters your bloodstream in response to being connected with close friends and loved ones, feeling appreciated, participating in favorite activities, and bonding with trusted and caring people. Physical contact also triggers the hormone, including affection, hugging, petting animals, and getting massages. Being in love with music and what you are able to do and share with others will increase your oxytocin levels.
You can release endorphins into your system and experience the “runner’s high” the old fashioned way if you choose by taking up jogging or training for a race. You could try bungee jumping, skydiving, or base jumping, but I don’t recommend that for musicians. A much less dangerous way would be getting a deep tissue massage. Certain scents, especially vanilla and lavender, will also trigger the release of endorphins. Dark chocolate has been scientifically proven to release endorphins, especially if it’s more than 70% cocoa. It only takes about 7 grams or 3 small squares.
The physical act of smiling affects us mentally and emotionally. Even if you’re just faking a smile, the act of consciously smiling has the same effect on your emotions and mood. It can literally trick your brain into believing that you are happy. You get extra value if you show teeth, with a wide smile. It works even better when it’s genuine, with an attitude of gratitude about your opportunity to share your music with other people. One last thing that can trigger the release of happy neuro-chemicals is music. It doesn’t matter if it’s listening to live or recorded music, singing in or out of the shower, or playing an instrument, your favorite tunes cause serotonin to be released into the nervous system. Just the anticipation of your favorite music, especially before the peak moment of the song, causes dopamine to be released. Your mood responds to preferred music the same as it does to your favorite foods or other pleasurable activities. 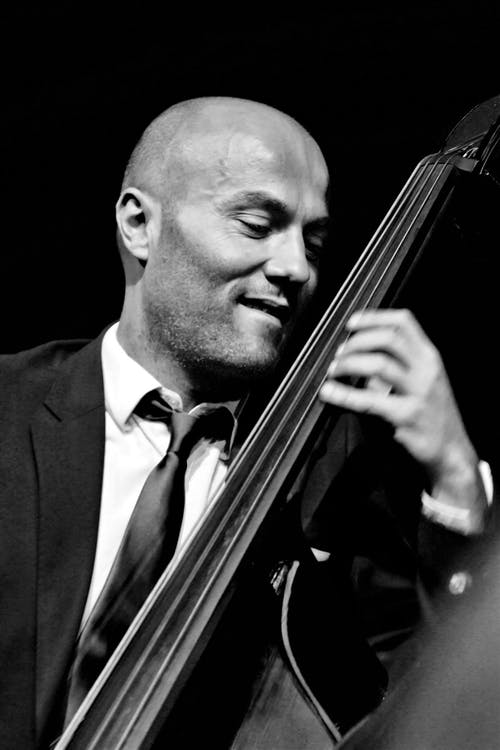 In order for you to perform your best as a musician, you need to be in a really good mood. You need to go into important performances and auditions with happy chemicals in your system. Now that you are aware of how brain chemicals affect your mood, see how you can increase your body’s output of positive neurochemicals.